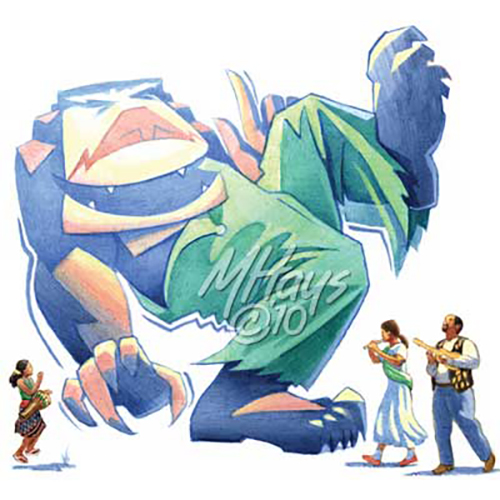 The little town that was once threatened by the giant Abiyoyo has grown by leaps and bounds. But now that the townspeople have chopped down all their trees, very year thay have floods and droughts. Worse yet, there’s a giant boulder blocking up the site of their new dam! Something had to be done.

Well, the young boy who helped make Abiyoyo disappear way back when now has a little girl of his own. And she knows the only way to save the town: Bring back Abiyoyo to help move the Boulder. “Bring back Abiyoyo?” the townspeople cry. “The giant that eats people up?” But the little girl has a plan for that to...