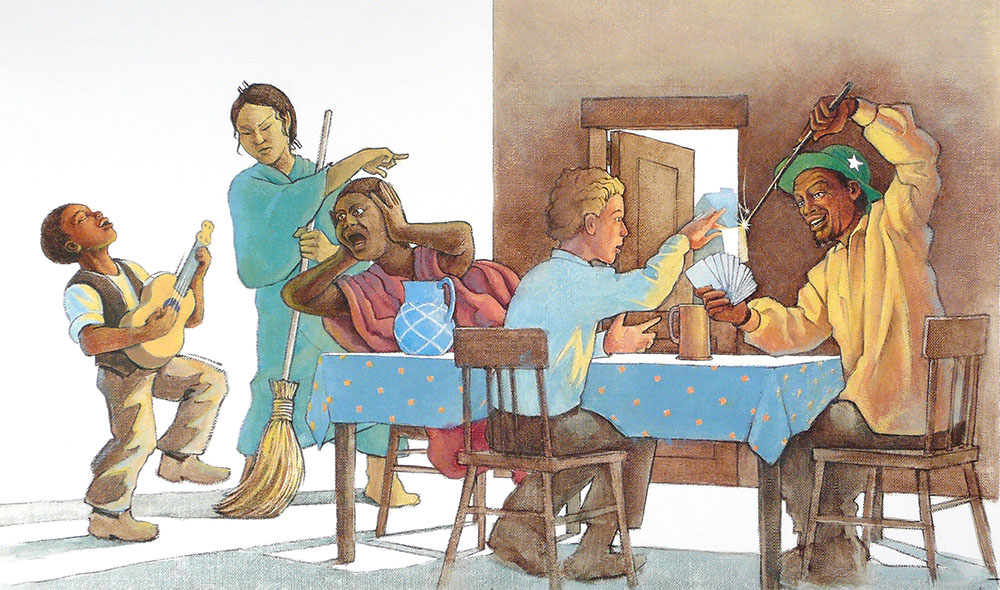 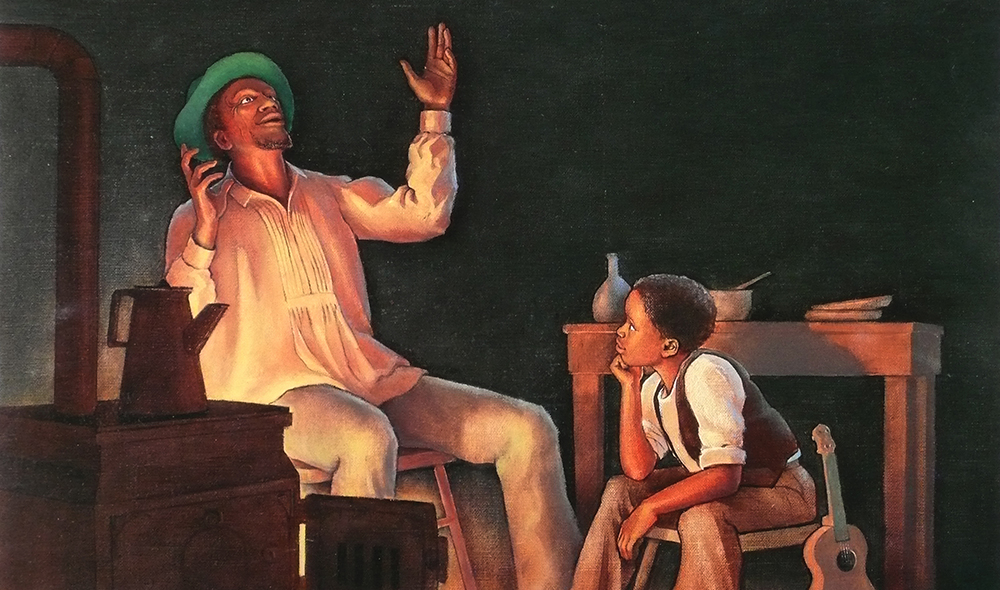 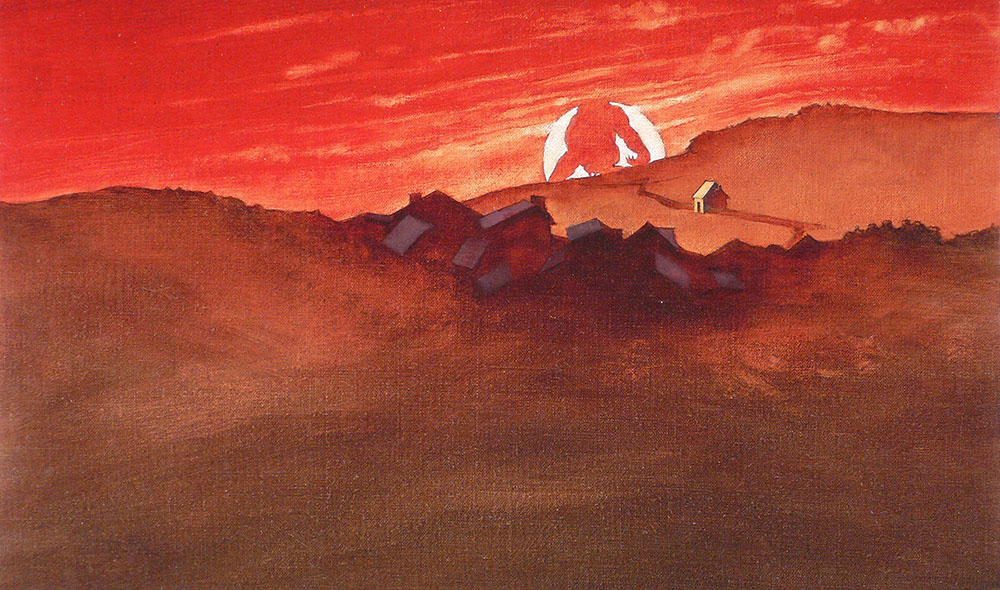 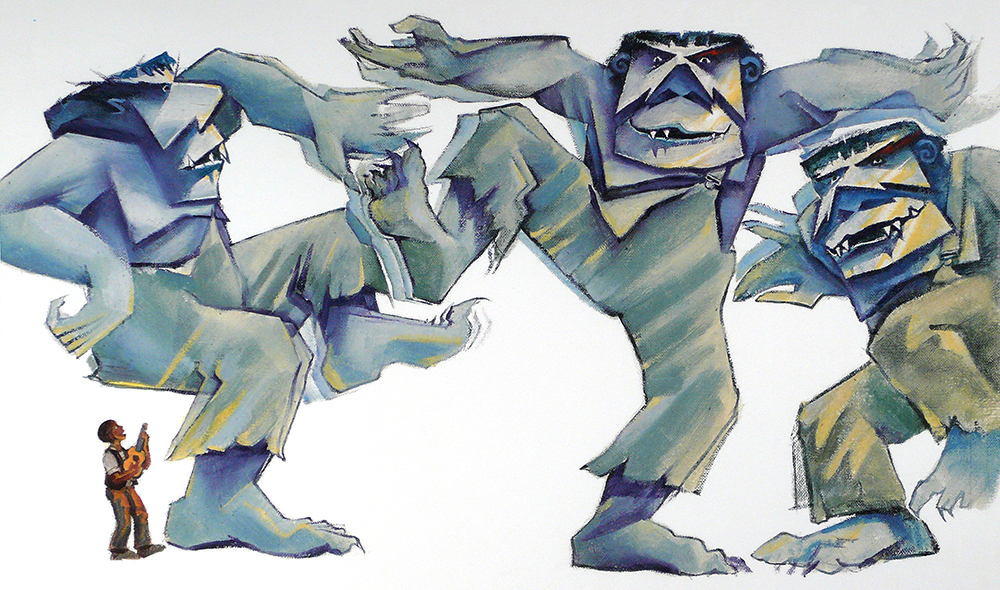 Once there was a little boy who played the ukelele. Wherever he’d go he’d play, Clink, clonk, clunk. His father was a magician. Wherever he’d go, he’d make things disappear, Zoop! Zoop! Soon the townspeople grew tired of the boy’s noise and the father’s tricks, and banished both of them to the edge of town.

There they lived, until one day the terrible giant Abiyoyo appeared. He was as tall as a tree, and it was said that he could eat people up. Everyone was terrified, except the boy and his father, and they came up with a plan to save the town...

Scholastic Publishers marketed a school edition to students and Big Book edition for teachers, eventually selling a million copies of Abiyoyo. Foreign editions of Abiyoyo included Swedish and Japanese language editions. In 1992 Macmillan was acquired by Simon and Schuster and they continue to publish several editions. In 2002 PBS’s “Between the Lions” TV program featured a digitally animated version of Michael’s Abiyoyo art.